WHAT TO DO IN MUIZENBERG AFTER YOUR STOKED SURF LESSON 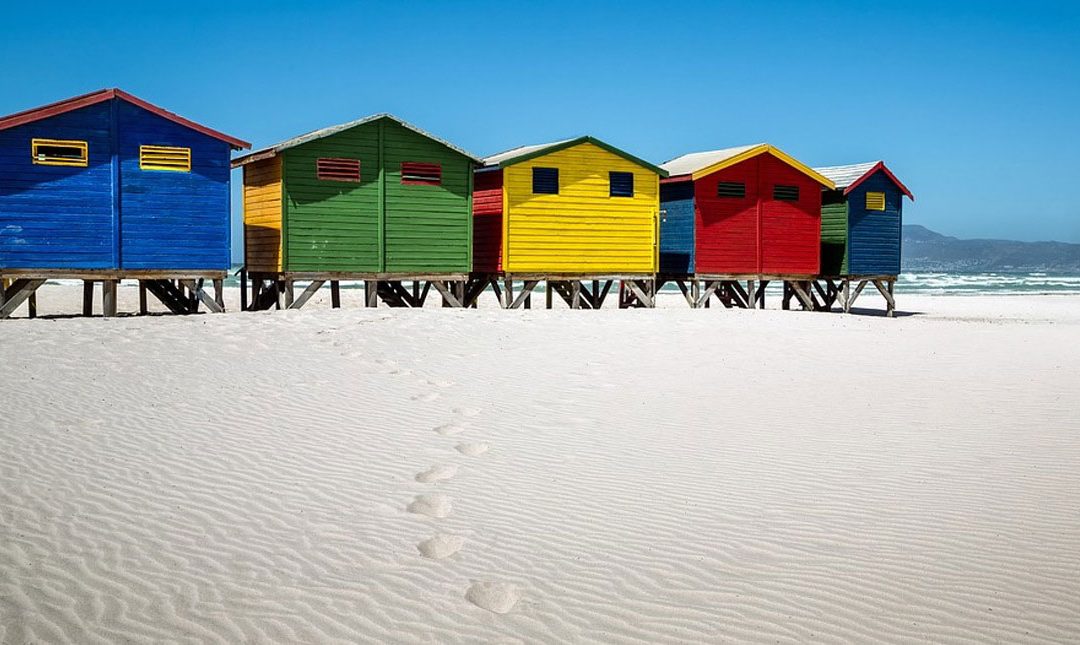 So you’ve just finished your surf lesson with Stoked School of Surf, now what? What is there to do after learning how to surf?

Muizenberg aka ‘Berg, is one of Cape Town’s most popular beaches because of its friendly waves and great swimming spots. The beach is also a popular spot for beginner surfers because of its generally calmer and warmer water—you might already be hesitant to get on your board, never mind jumping into cold water!

The beach is located on False Bay, which is a large, curved coastline with long, white sandy beaches and even longer, rolling waves when the conditions are right. In the past, False Bay was mistaken for Table Bay by sailors, which is how it earned it’s name ‘False Bay’.

Now that we’ve told you a bit about the beach, it’s time to tell you about a few things you can do in Muizenberg after your surf lesson.

If You’re in the Mood for Food… 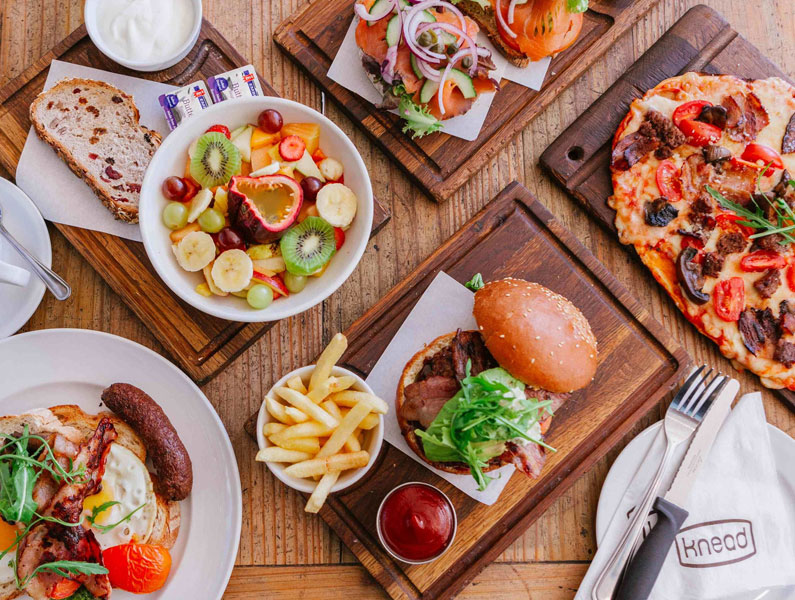 After a surf lesson, there are guaranteed whale sounds originating from your abdominal area, right? A surf lesson can definitely make anyone ravenous for some good grub.

The Knead Bakery & Café located on Surfer’s Corner is the ultimate chic café with some great food and maybe a warm cup of coffee after swimming in cold water.

You’ll be able to watch the waves roll in through the café’s glass-enclosed patio, ensuring you have a view with your lunch.

Check out the café.

If you’re in the mood for some Middle Eastern food, Yoffi Falafel is yet another local favourite to visit in Muizenberg. Here you can order deliciously fresh falafels (in a pita or on a plate), falafel burgers, hummus plates, falafel balls, salad tubs, and more.

If you want something to drink, they also have a wide variety of options ranging from kombucha to ginger beer.

Check out the restaurant. 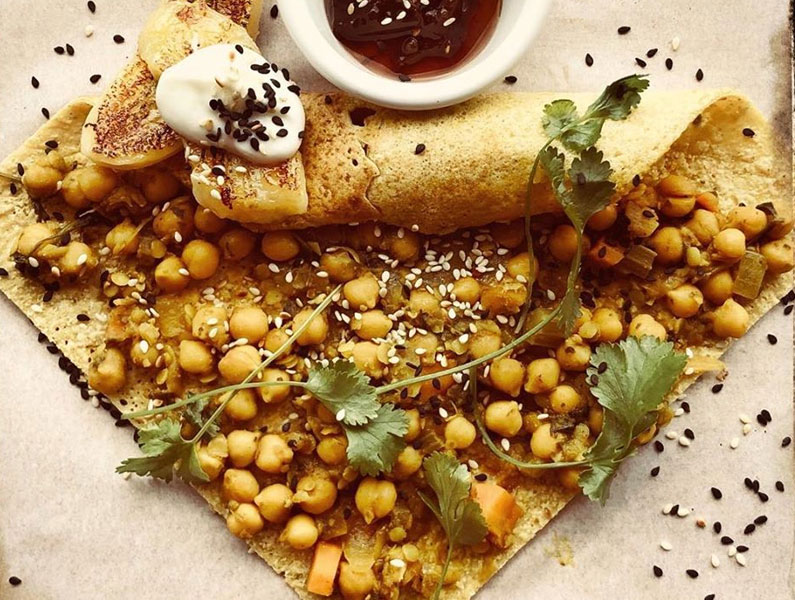 Vegans listen up! Muizenberg caters to everyone! Situated in Surfer’s Corner in Muizenberg, Hang Ten Café has been crafting delicious food and beverages for over four years. The café puts focus on preparing wholesome food for locals and tourists.

For some lovely vegan-friendly meals, gluten-free, grass-fed meat options, as well as vegetarian options, head on over to Hang Ten Cafe.

Check out the café.

After your lesson, you’re guaranteed to be thirsty, right?

Another favourite amongst locals is The Striped Horse beach bar and grill. Here you can expect ice-cold draft beer, some good grub, and great music.

Check out the beach bar & grill.

If You’re in the Mood for Discovering… 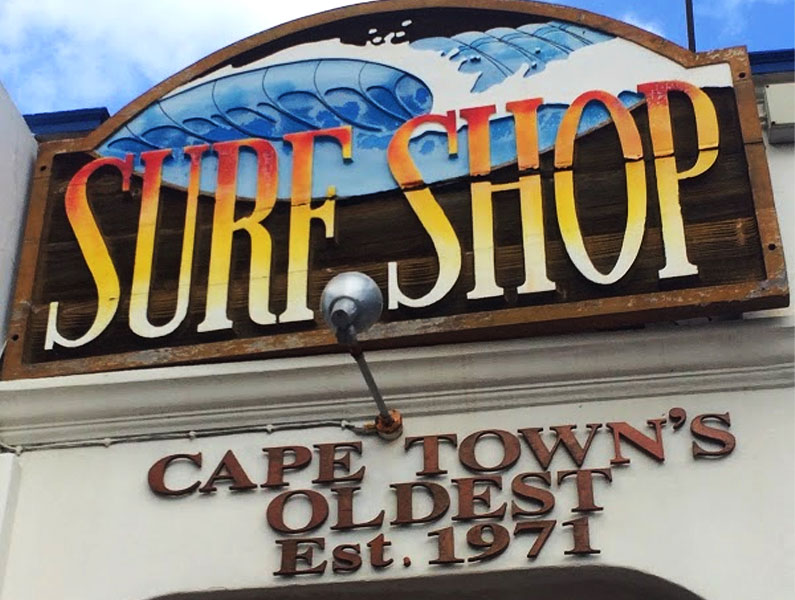 Why not catch up on some surf history after your lesson at one of the oldest surf shops in Cape Town.

With stock ranging from both imported and local surfboards to wetsuits, bikinis, and other trendy clothing, the shop has it all. You can also check out the shop’s museum showcasing a collection of vintage surfboards.

The Corner Surf Shop was first opened in July 1971 in Clarendon Lane, Muizenberg. The shop’s founder, Peter Wright, had resigned from his job at a shipping company in Cape Town and was going to join his friend, Clive’s, business. However, Clive’s business had closed down and Peter had to think of another solution.

His solution? Start building surfboards for himself and his friends. Peter was building boards at his parent’s home in Kommetjie but after a while, he was forced to look for a different location to build his boards, thus after a few years of ups and downs, Peter found the perfect place for his shop, and so The Corner Surf Shop was born.

Check out the shop’s full history.

The Surfer’s Circle Walk of Fame

Surfer’s Circle will allow everyone to celebrate the culture and heritage of South African surfing.

Did you know that the first South African surfer ever recorded riding a wave while standing up, was a woman? Heather Price is the lady that made history!

Heather rode the first wave in Muizenberg in 1919, after befriending two US Marines that had docked in Cape Town, on their way back home, after World War 1. The marines had wooden surfboards, which Heather used to learn how to surf.

If You’re in the Mood for Shopping… 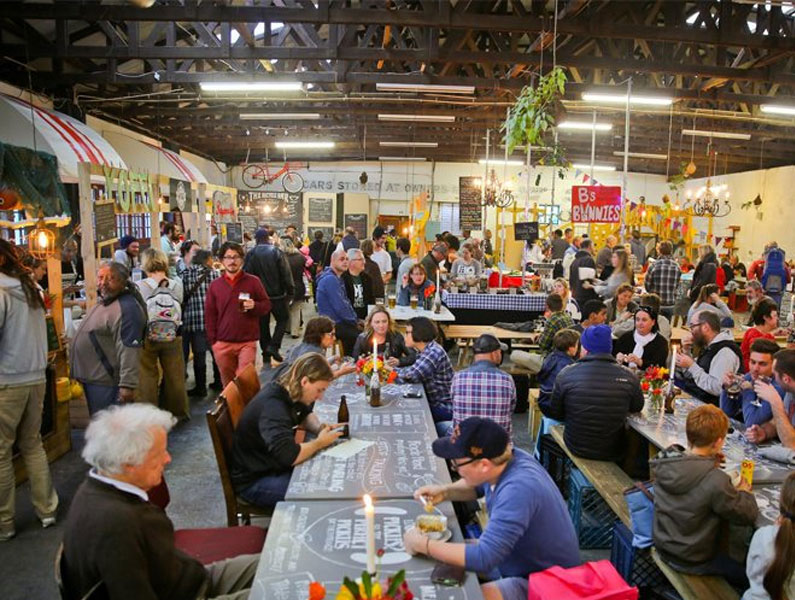 Are you in the mood for a bit of everything ranging from food to art to drinks? At the Blue Bird Garage Market, you’ll find it all.

Also known as the “Friday Market’, Blue Bird comes to life on Friday evenings, starting at 4 pm and ending around 10 pm.

With vendors from surrounding towns, you’ll have the opportunity to purchase local goods that are proudly South African.

Check out the market.

Are you a sock collector or maybe you love funky designs? Visit the FEAT. sock co. shop in Muizenberg, for some awesome socks!

Check out the store.

Palmer Road in Muizenberg has been in business since 1920 and has had countless traders as the years pass by.

The market brings the street alive with entertainment and has a night market as well for those of you who are night owls.

Now that you know about all the things you’re able to do after your surf lesson at Muizenberg, don’t be afraid to explore the beach.

Want to Learn How to Surf?

We offer various surf lessons ranging from private to group lessons. If you already know how to surf, just don’t know where to go, we also offer guided surf experiences and for those a little more apprehensive of waves, we offer a flatwater SUP paddle on the Atlantic Seaboard. Get in touch to make your booking.