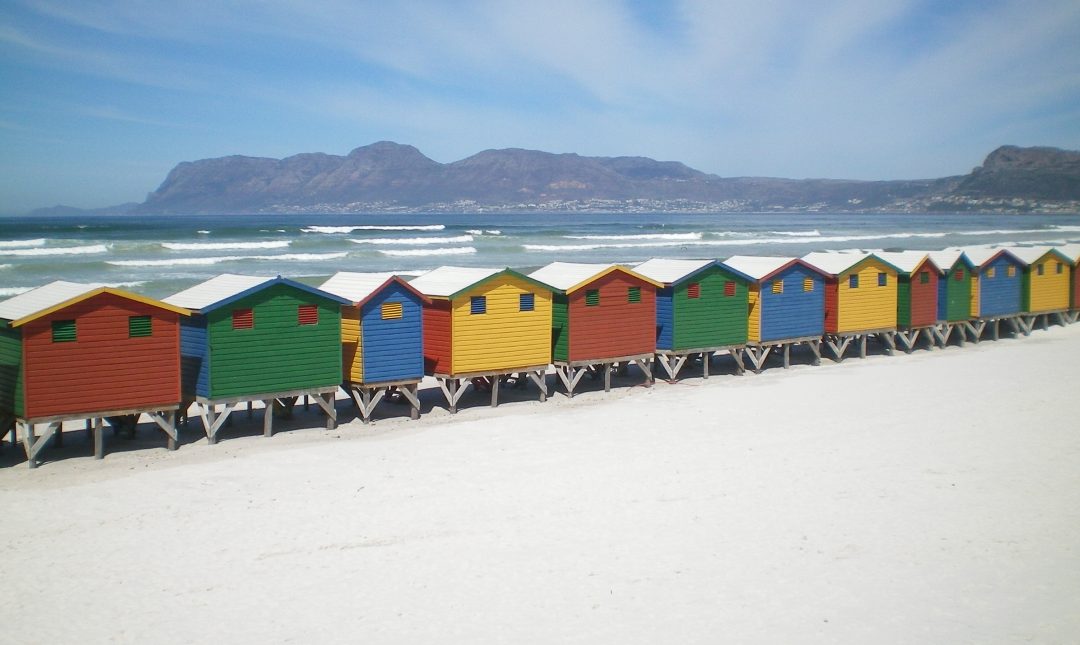 On our recent learn to surf trip along the Southern Cape, we had fun using our mobile phone to capture some of the special moments of this trip. The images below show that these surf trips are more than just learning to surf…they are about embracing the spirit of adventure, getting off the beaten track and experiencing the highlights of this area from an alternative, local perspective. 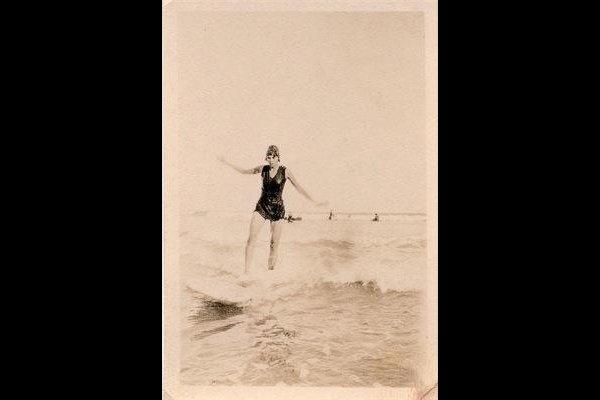 A Cape Town woman and Muizenberg legend, who befriended two U.S. Marines whose ship had stopped over in Cape Town en route to America after WWI.

The marines had brought with them two solid wooden “Hawaiian” Style surfboards. This type of board is also known as an alaia surfboard.

According to Heather they took their boards with them when they sailed. We fought the urge of adding the saying “Boys and their toys” but failed as it seems nothing has changed between a surfer and their board.

Surfing continued to captivate the hearts and souls of all kinds of people and by 1921, Tony Bowman, was ones of them. He was a pilot who was returning from World War 1 and settled in the one and only, Muizenberg.

After Tony read “The Cruise of the Snark” by Jack London, a book in which he described surﬁng on Waikiki Beach, he was captivated by the beauty of riding waves and was inspired to build his own versions of surf “boats”.

He wrote to the Honolulu Tourist Association for pictures of surfing so that he could determine the dimensions of the boards being used in Hawaii.

They made the boards in a workshop behind the Arcadia Tea Room and strived to improved their boards with every attempt. 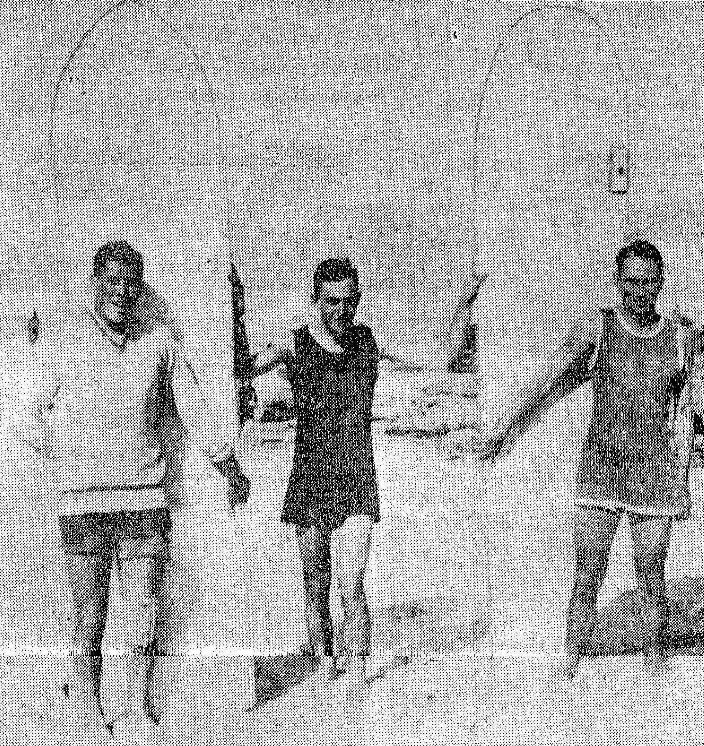 It was not too long before,they were joined by many others who wanted to share in the ‘stoke’ and like that, stand-up surﬁng was established at Muizenberg.

A few decades later, in the 1960’s, the decade when the eccentric and highly elusive “Hippie” generation, rose to ‘Fight the power! Man…’, with outlandish ideas of peace, love and happiness, which strike very similar cords to those of ‘stoke’.

The beach lifestyle became ‘fashionable’ once more; and now it was here to stay.

Muizenberg was the epicenter of the “Surf Culture” in the Cape, as was Durban in Natal.

Bruce Brown’s classic movie “The Endless Summer” introduced the growing world of surfers and the surf lifestyle, to some of the best waves on earth; and in turn, created a desire for the true surfers dream of living a life guided by the search for waves. 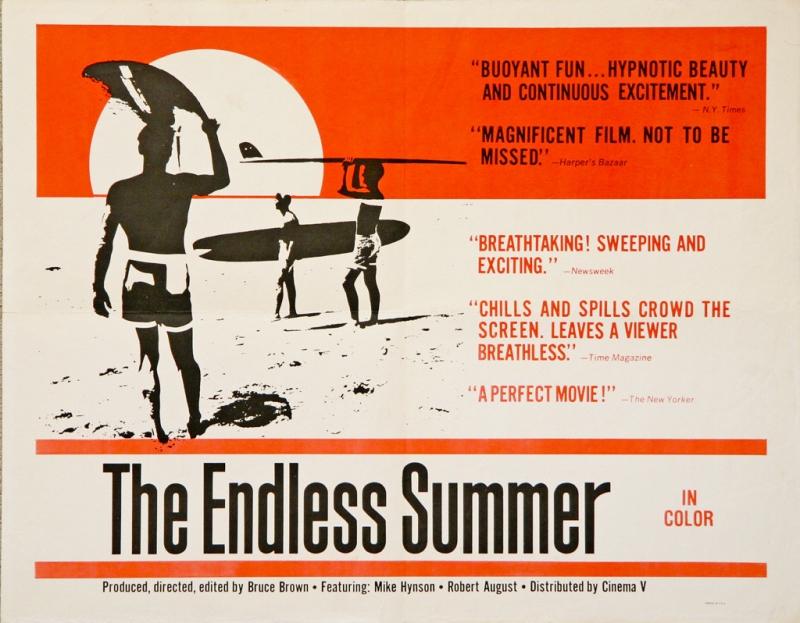 After the introduction of Shortboarding in the late 60′s and early 70′s, Longboard Surﬁng dwindled as a common surﬁng style, especially when the slow wide maneuvers where replaced by fast paced carves.

However, in 1989 the sport was rejuvenated with the establishment of WP Longboard Surﬁng (based in clubhouse in Muizenberg).

The SA Champs have been held annually since 1989 with Western Province, Eastern Province and KZN, each hosting the Champs in turn. Longboarders represent the biggest chunk of the surﬁng community in Muizenberg, as the wave is a gentle one, perfect for the classically elegant maneuvers of Longboarding.

Almost a century after the birth of South African surfing, Muizenberg was in the news with another sufring first.

In 2009, The Earthwave Global Surf Challenge was successful in Muizenberg.

This is a Cape Town initiative which attempts to break the Guinness World record for the most surfers riding one wave simultaneously and the ‘Berg was making surfing headlines once more with 110 people surfing one wave – talk about sharing in the ‘stoke’. 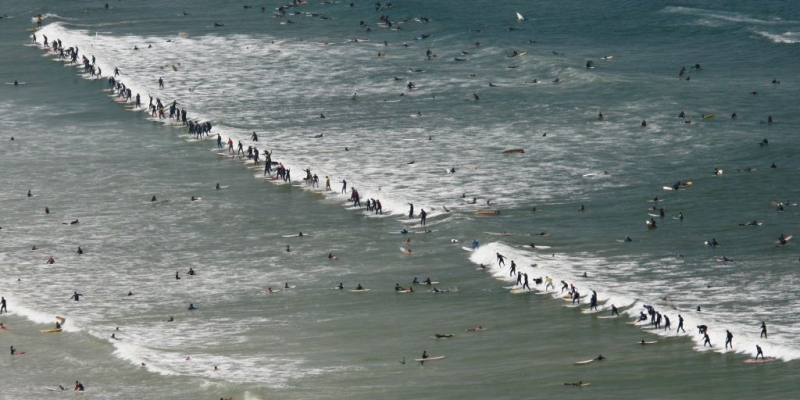 This challenge takes place annually on beaches world wide in September and seeks to raise awareness whilst offering practical advice on how to combat the threat of global warming and its effects on our oceans.

We would like to thank surfingheritage.co.za and muizenberg.info for photos and information on SA Surfing history.