INSPIRED BY MY STUDENTS 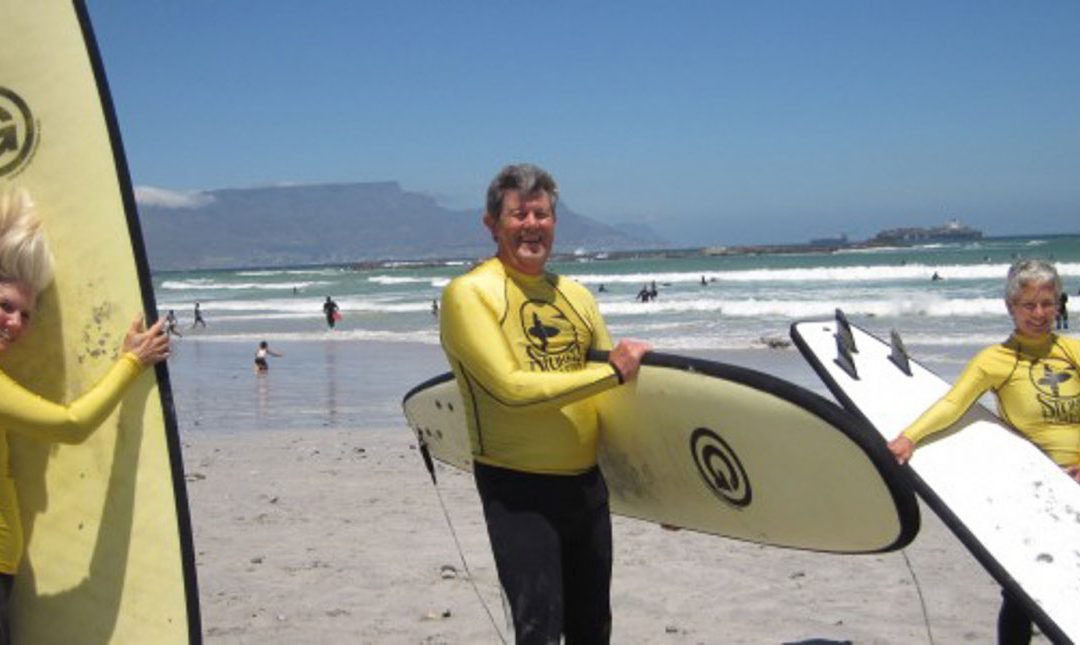 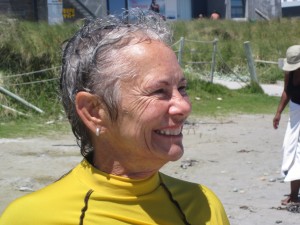 Jenny, Frances and Ed met me at Big Bay yesterday 12pm with smiles of anticipation. All in their 50’s and 60’s they were keen to give this ‘surfing thing’ a go. 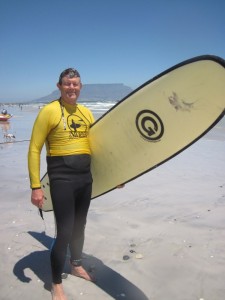 With children as old as I and grandchildren who were already surfers, they thought it was time to show the family who really was ‘boss’! The waves were 3ft-nice big walls foam for the three of them to catch with ease. I pushed them into wave after wave, expecting them to tire a lot quicker than they did. In fact, I was left exhausted after the lesson as they kept coming back to get yet another wave. 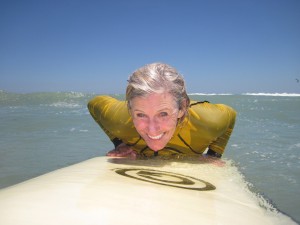 They invited me to lunch afterwards where we chatted about the endless adventures all three of them had been on: from climbing Kilimanjaro, to diving in scary inland lakes with no visibility, to running marathons in their 50’s, to early morning yoga classes and canoeing around the South Pole.

I felt privileged to be spending time with such an inspirational group of mature students. I want to be like them when I grow up! Needless to say, they all booked for another lesson next week. Watch out South African Masters team!