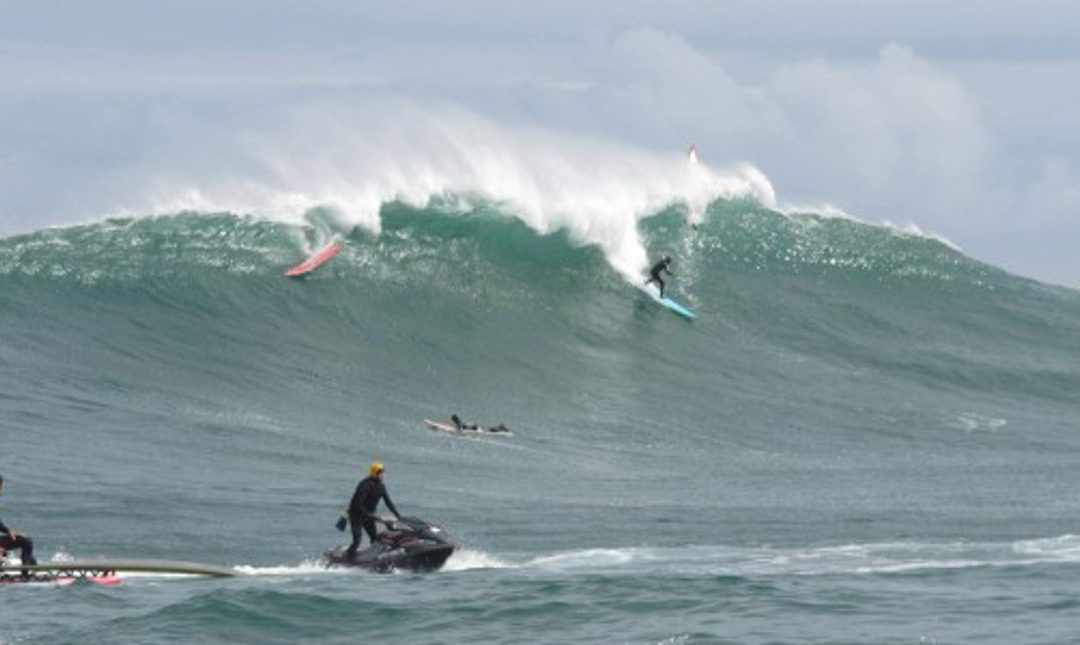 Just got back from a morning of watching Cape Town’s local big wave chargers brave the ‘Dungeon’. 15-18ft mountains of ocean marched in from the roaring forties finding landfall at the famed Dungeons big wave surf spot just off the Sentinel in Hout Bay. This spot requires a specific combination of swell height and direction along with light winds for it to be possible for the surfers to paddle in to the waves rather than to tow in. Today Neptune smiled upon these guys producing a fantastic show drawing a crew of cameramen, safety jet skis and several boat loads of spectators. A whale even graced us with its presence as it came to investigate what all the deep ocean activity was about. Some surfers got steam rolled into the inside by massive sneaker sets. Several took some steep air drops into the pit. Some made it. Some ate it. Others returned to shore with broken boards. All of us left humbled by the power of the ocean. Here are some amateur shots capturing a bit of the drama: 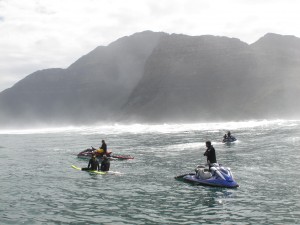 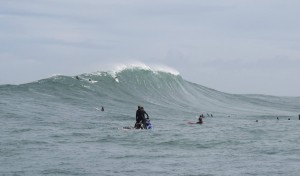 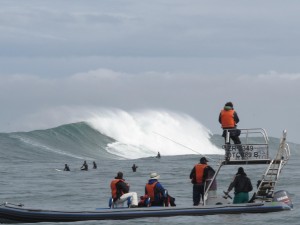 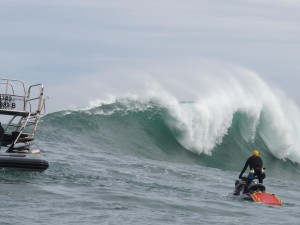 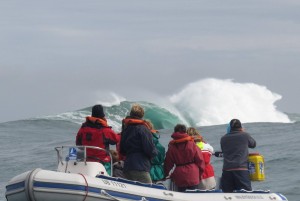 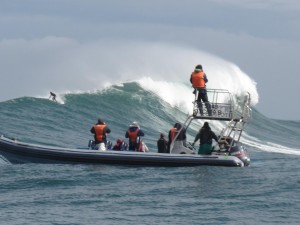 Dungeons surfer blown off the back of the wave. 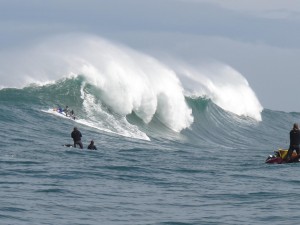 Steep drop. But he made it. 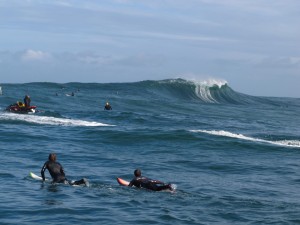 Starting at the Dungeon. 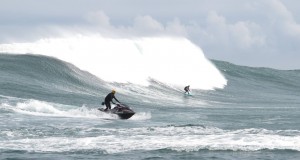 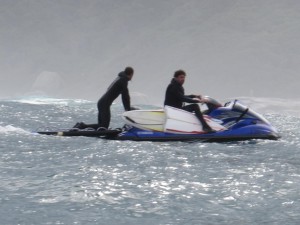 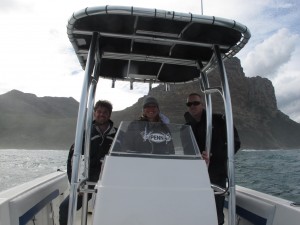 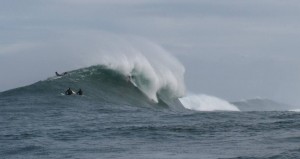 Over the falls and eating it.